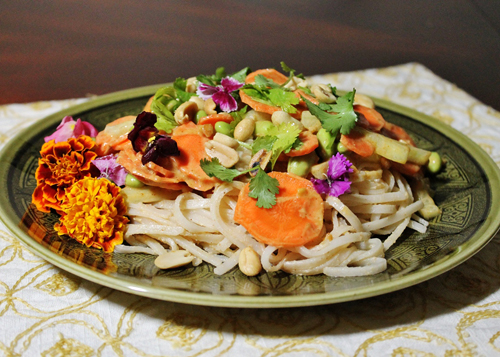 THE DISH
Peanut noodles with carrots and edible flowers

THE INSPIRATION
Perhaps Neutral Milk Hotel doesn’t conjure up images of Asian noodle entrées, but go with us here. Jeff Mangum’s lyrics are at once deeply moving and direct, while also abstract, obtuse and occasionally just plain odd. “When you were young you were the King of Carrot Flowers” is arguably the most memorable line of In the Aeroplane Over the Sea and inspiration, it seems, can be incredibly simple. “King of Carrot Flowers” Pts. One-Three was the muse for our dish where carrots take center stage. We tossed in some edible flowers for good measure (more out of aesthetic interests — they were a tad bitter for our tastes) and then scratched our heads for a good while and pondered. 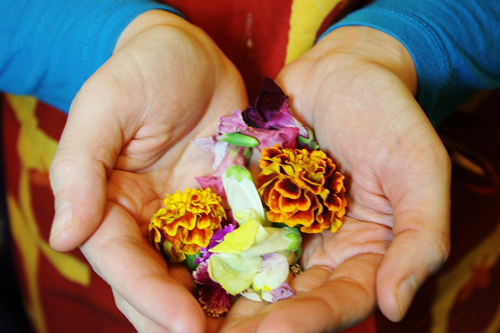 “King of Carrot Flowers Pt. One” rides along on the strength of Mangum’s voice and engaging lyrics. The carrots, cucumbers and edamame are just as simple and as refreshing as the melody. Imagine that the noodles are “holy rattlesnakes” and you’re good to go. Transition into Pts. Two & Three and things get more complicated. After Mangum pronounces his love for “you” (or is it for Jesus Christ? Has anyone figured that one out?), the fuzzed-out bass kicks in and the sound gets nice and muddy, almost as if it were covered in a delicious peanut-based dressing. The curry paste and chili powder kick things up a notch as the band goes wild, trumpets blaring, bass crunching, and drums thumping like angry giants. Still, the real focus is the interaction between the peanut butter dressing and the carrots, which just seem to work well together. We wanted to sneak a few peas into the recipe and make a lame pun involving “A Baby for Pree,” but the edamame fit much more naturally. Anyway, make this at a family gathering and have your mom stick a fork right into it (as opposed to daddy’s shoulder). And that is officially the last bad joke.

The new Neutral Milk Hotel vinyl box set (released last fall) compiles pretty much all of their music, spanning two 12″ records, two 10″ EPs, three 7″ singles and two posters. On top of that, Jeff Mangum has been making more and more public appearances and playing concerts here and there. Anticipation over the band’s prodigal return is quite high (and perhaps far too hopeful), but what better time to revisit some of the best music from the last 20 years? Better yet, what better time to eat some carrots and noodles?

• Cook noodles according to package directions (we used Thai Kitchen stir-fry rice noodles, which require boiling water, shutting off the heat, adding the noodles and soaking for 8 minutes). Drain and rinse with cold water. 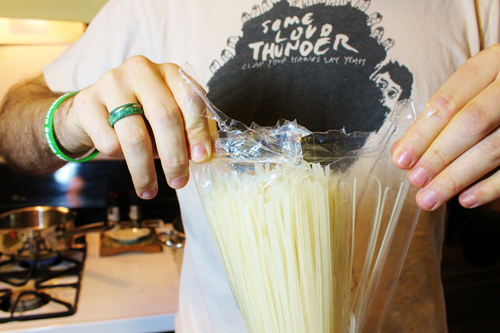 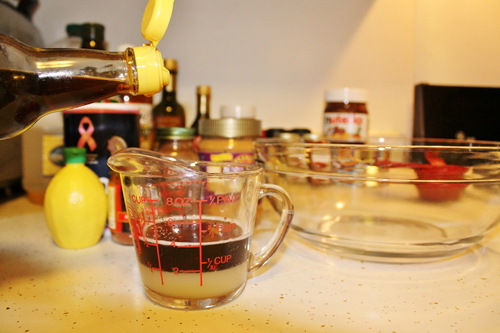 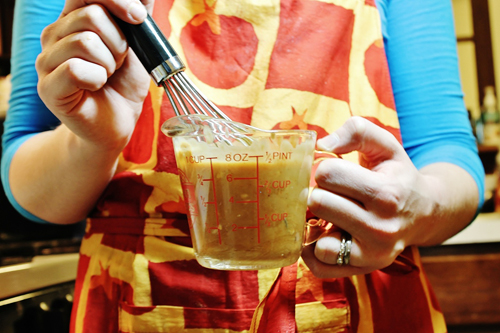 • Peel cucumber and cut into matchsticks (about 1/4-inch thick and 2 inches long). Peel carrots and cut into very thin circles — as thin as you can slice them! Put cucumbers and carrots into a big mixing bowl. Add the edamame and use tongs to mix them up. Add half of the dressing and toss until the vegetables are evenly coated. 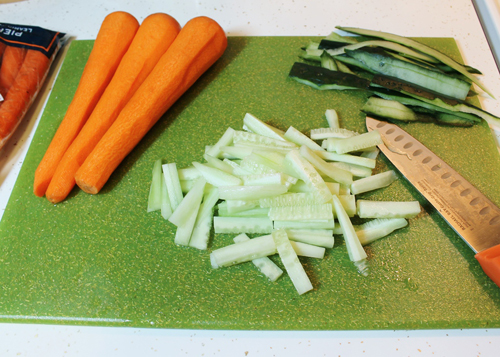 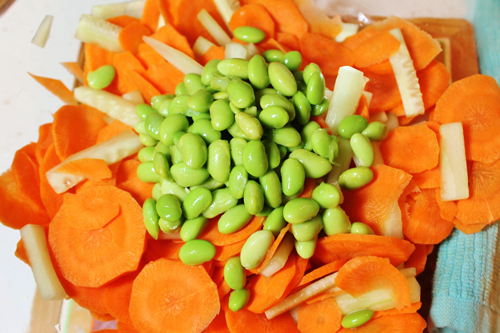 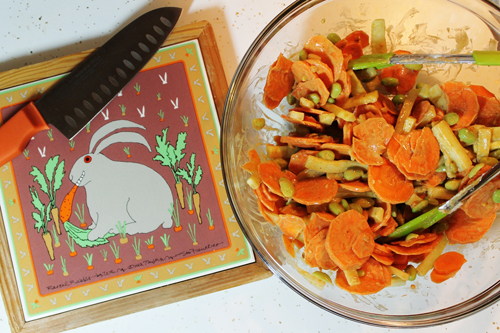 • Add the second half of the dressing to the cooked noodles and toss until well coated. If the noodles are too sticky, add an extra tablespoon or so of the sesame oil. 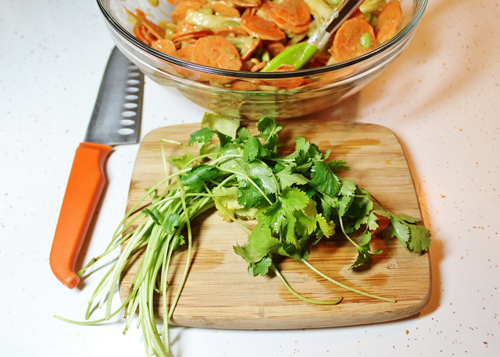 • Scoop the veggies over the noodles and top with a spoonful of peanuts, some cilantro and an arrangement of edible flowers. 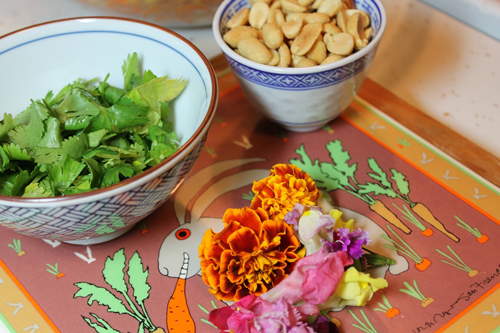 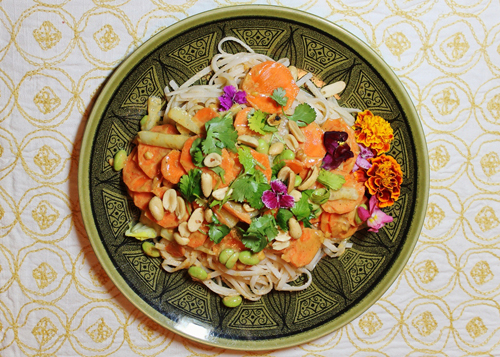