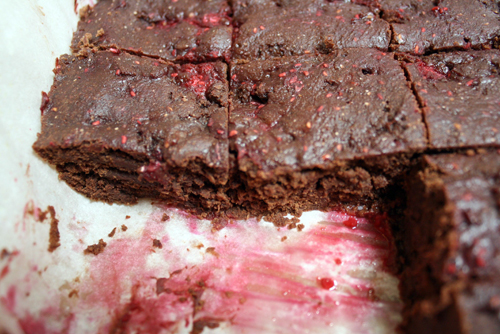 Earlier this year, my friend Daphne Carr launched a Kickstarter project to publish the Best Music Writing book series independently, through her new music-focused press Feedback Press. (BMW is an anthology of the year’s best conversation about music, in the form of features, essays, reviews, blog posts, etc.) One of the pledge options toward the project’s $15,000 goal was for me to bake treats inspired by the artist or song of the backer’s choice, and this was the second of the two purchased, inspired by Afghan Whigs, baked for one of my favorite pop-culture thinkers/writers (also just one of my favorite people), Village Voice Music Editor Maura Johnston!

THE INSPIRATION
This assignment was a bit daunting, as I hadn’t previously listened to much of the Afghan Whigs (and hey, now this is super relevant because of their recent reunion shows!) — but what I’d gathered in my couple previous run-throughs of their 1993 album Gentlemen was that I love the music — a little rough, dark and soulful — but the lyrics can be quite crass and at times pretty brutal (“Debonair” has the line “This time the anger’s better than the kiss” and later “Tonight I go to hell for what I’ve done to you”).

In the song “Be Sweet,” Greg Dulli growls, “Ladies, let me tell you about myself/ I’ve got a dick for a brain/ and my brain is gonna sell my ass to you/ Now I’m OK, but in time I find out stuff/ ‘Cause she wants love/ And I still wanna fuck.” It’s incredibly sleazy, so my first thought was to find a recipe from a blog that’s also quite sleazy, Cook to Bang, where I found a recipe for “Pinch Your Ass-Berry Brownies.” Chocolate for the darkness, Cook to Bang for the sleaze, raspberries for the blood.

However, part of why Maura decided to back the Best Music Writing Kickstarter with this particular prize was because she’s gluten- and dairy-intolerant, and wanted some kind of treat that she could eat (obviously) and make, and the original “ass-berry brownies” wouldn’t quite work. So over at the all-vegan goldmine Post-Punk Kitchen I found a similar raspberry-brownie recipe that I easily adapted to be gluten-free.