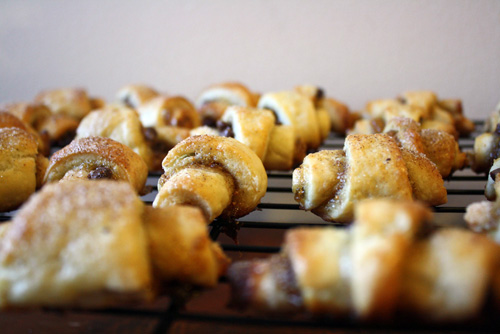 2013 got off to a rocky start: About a week into the new year my grandpa went into hospice care back in Michigan, and later that week D and I hopped on a plane to be with my family during his last couple days and attend the funeral. My Papa would have been 93 (!) at the end of this month. He was a great man who lived an incredibly full life (it’s actually pretty amazing), was always so proud of his daughters and grandkids, and he died peacefully, which is the best anyone can ask for. I’m thankful I was able to spend so much time with my family, but it was an exhausting rollercoaster of a week. And I’m also thankful I had someone willing to put his own life on hold for a few days to keep me sane as we drove back and forth from hospice and all around metro Detroit, then rushed from the funeral to the airport, only to find out our flight was delayed four hours (public service announcement: never fly Spirit Airlines). I was a wreck, he is a champ, and I am a very, very lucky girl. Between losing my grandpa and a few other goings-on, we can already tell there will be some challenges as we head into our second year together — but that trip was a reminder that we can handle whatever comes our way.

Yo La Tengo’s new album Fade sums up a lot of what’s been in my head these last couple weeks: The overall theme is that sometimes things fall apart, it’s OK to be scared when they do, and if we stand together we can get through it. In the first track, “Ohm,” Ira Kaplan, Georgia Hubley and James McNew sing in an awesome chorus, “Nothing ever stays the same/ Nothing’s explained/ The harder we go, the longer we fly.” “Stupid Things” is about the everyday bumps in the road (and, as Matthew Perpetua at Fluxblog more eloquently put it, “a song about realizing that even the dullest moments of your life are precious, and recognizing the value of a longterm partner”), and in “The Point of It,” Kaplan sings, “Say that we’re afraid/ Say that we were wrong/ Maybe that’s okay/ If we’re not so strong/ That’s the point of it.”

Baking projects can be exhausting, but sometimes when I’ve had a stressful week, being in the kitchen calms me down — I’m using my hands and channeling all my energy and thinking in one direction. I get lost in it; kind of like I do in Yo La Tengo’s music (not so much on Fade, which doesn’t have any of the long, droning songs found in much of their catalog, but certainly during their live shows). Rugelach is fitting because it takes a while to make but it felt like the time went by quickly. It’s also a pastry with Jewish history — like my family, and like members of the band, who put on eight Hanukkah shows almost every year (those shows are something special). And, it was fitting that in Deb Perelman’s writeup about this recipe in her Smitten Kitchen cookbook

, she talks about her husband being “the great voice of food reason” behind her site, always making suggestions, and the recipe is dedicated to him. It summed up how I feel about my wonderful partner in life and in the kitchen, who often has his own great ideas, and I used fig jam and chai spices in this because they are a couple of his faves. Anyway, there might be a tough year ahead, but I can rest easy knowing I have Yo La Tengo and this guy to help make it all OK.