Well, you guys are AWESOME. The first-anniversary party on Tuesday night was absolutely perfect. A huge THANK YOU to everyone who came out — I’m still glowing and totally overwhelmed by all your support, not just this week but for the last year. I especially would like to thank Heather and Jeff Pine Box Rock Shop for letting a total stranger throw a party in their bar; Jocelyn, Jeremy and Emily from Pearl and the Beard for picking the tunes (come hang with me at their show on Feb. 16!); my friend Tony for helping me make 300 tiny cupcakes and keeping me sane; and the amazing Missy Kayko for lending her badass design talents to the event poster. Check out a few photos from the party below, and find the rest on ETB’s Facebook page. (All photos here by Evan Daniels except for top photo and the first two after the cut). The bar recreated Jocelyn’s Good Winter cocktail and it was amazing; and you guys made a pretty decent dent in those cupcakes… but I don’t think the eMusic office was complaining about the leftovers on Wednesday! 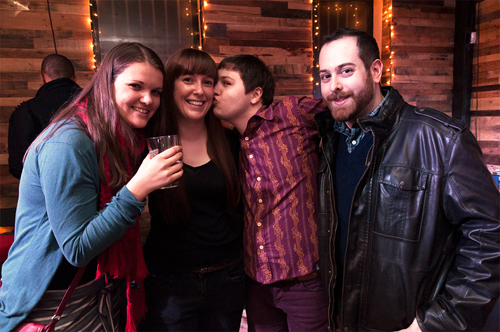 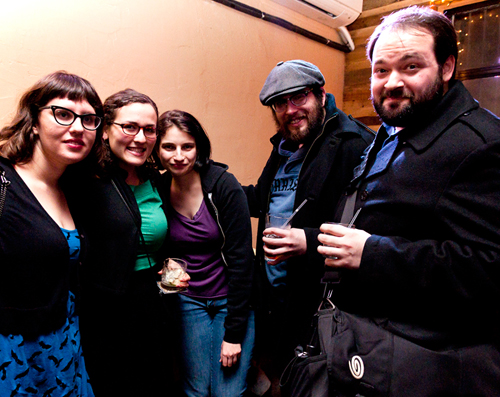 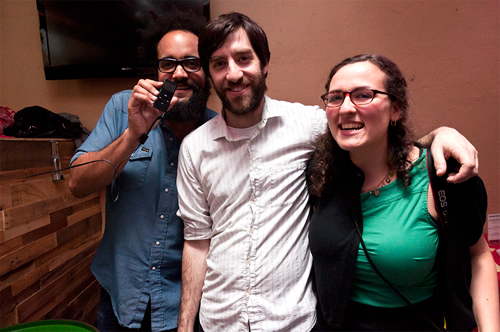 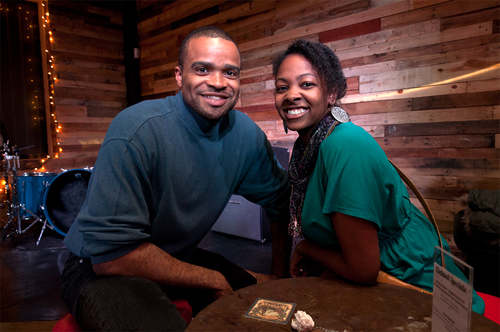 • Whisk together soy milk and vinegar in a large bowl.

• In a separate bowl, sift together the flour, cocoa, cinnamon, baking soda, baking powder and salt and mix. Set aside.

• Add wine, sugar, oil and vanilla to the milk mixture and beat until foamy.

• In two batches, add the dry ingredients to the wet and beat until well combined, about 2 minutes. 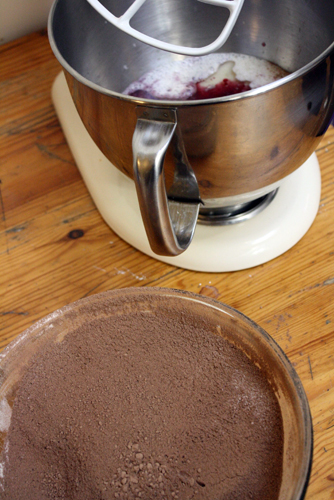 • Bake for 15 minutes. You can also do this as 12 full-size cupcakes, but you’ll have to adjust the baking time. 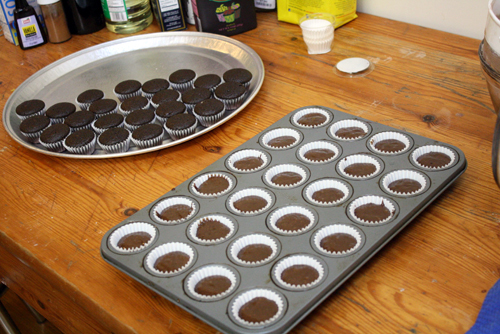 Red wine “buttercream” frosting
I should note that this can be made as a normal buttercream, too: Use 1 stick of regular butter; cream until fluffy, then follow the rest of the directions.

• In the bowl of an electric mixer, beat together shortening and “butter” until well combined. Yes, it will make really gross noises.

• Add sugar, about 1/2 cup at a time, and mix on medium-high until fluffy.

• Add vanilla and 2 tablespoons wine, beat until well combined. Add the rest of the wine and repeat. Adjust flavor and texture by adding more sugar and/or wine. In the end it should feel just slightly thicker than whipped cream.

• Pipe frosting onto the cupcakes. 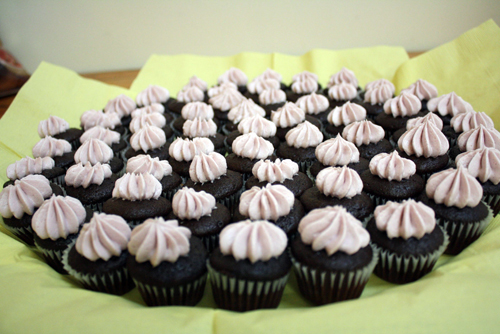