Their LP is called Teatime Favourites, so I made scones — a perfect treat for a cup of tea — with rosewater icing, which I thought would be a pretty and dainty complement to the scones, but it actually tasted more like a mix of bubblegum and soap (the scones were great, though!). Turns out I am not a fan of rosewater!
Betty & the Werewolves on MySpace

Scones
Very slightly adapted from a recipe passed on to me by my old housemate Chris, who doesn’t know where it came from!

• Cut butter into small pieces and mix with the dry ingredients. Make sure the butter ends up in tiny pieces as you’re mixing, but there should still be chunks of it. Once it starts to come together, use your hands; there will still probably be some crumbs at the bottom but just get as much as you can into one piece. 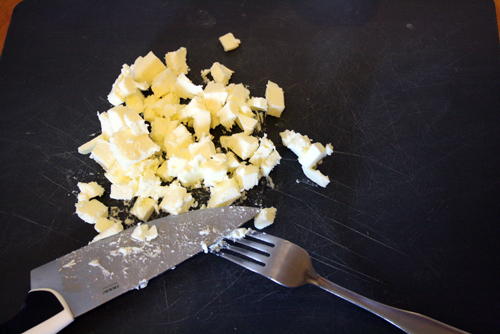 • Knead the dough on a floured surface and form into two somewhat flattened circles (or just into one if you want the scones bigger; but for “tea,” they should probably be on the smaller side). 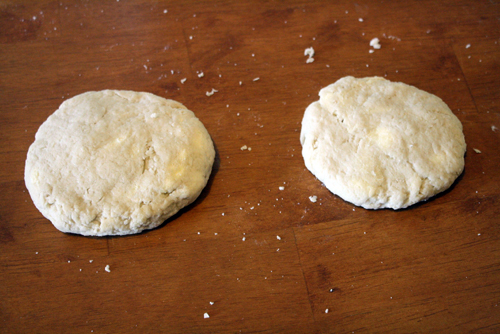 • Cut each circle in half, then cut into wedges. 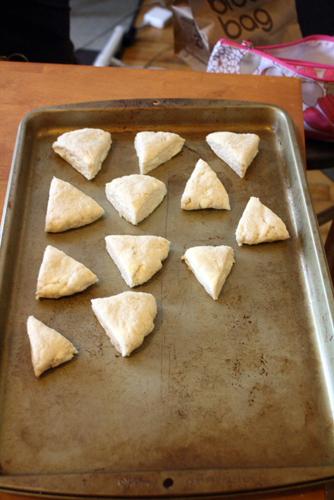 • Brush the top of each piece with the egg wash and bake 15-20 minutes, until golden brown. Cool on a wire rack while you make the icing.

Rosewater Icing
Adapted from Brown Sugar Bee
The recipe below is with about half the amount of rosewater I used, because I thought it was way too strong (and that was only half of what the recipe called for to begin with!). Feel free to add more, but be careful because it is pretty strong. Some people did like this (or they were just being nice), but I think rosewater is just not for me!

Whisk all the ingredients together in a small bowl. Transfer to a piping bag or squeeze bottle. When the scones are completely cooled, pipe the icing on top. 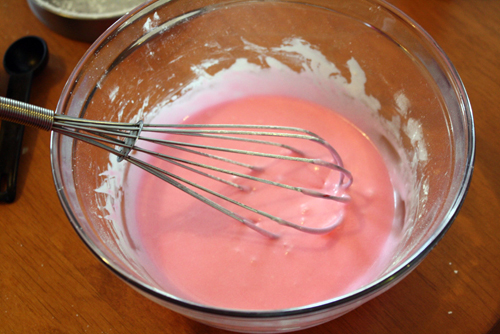